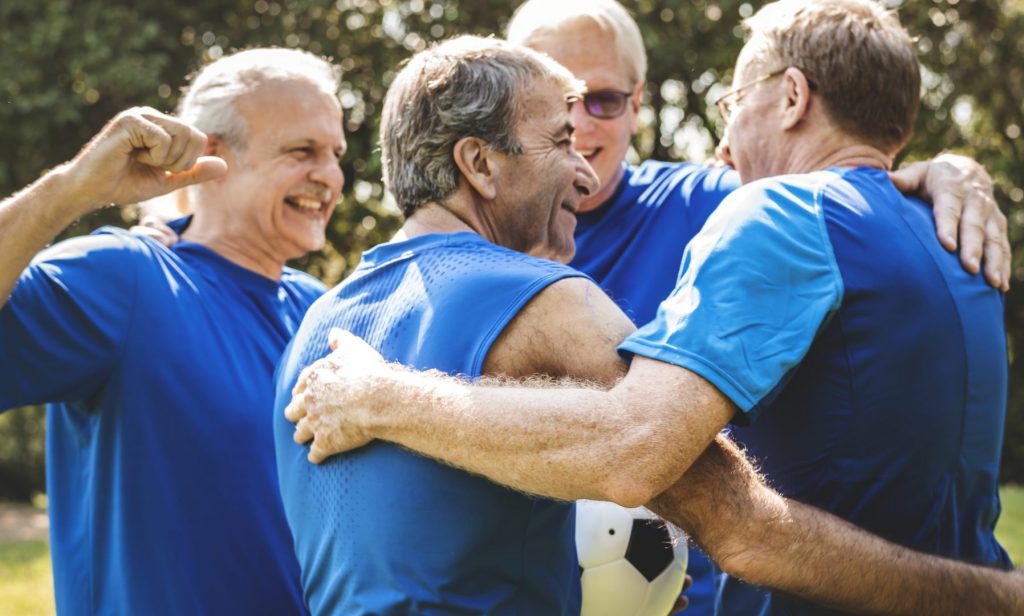 They may be sayings that have been repeated frequently or conventional wisdom that people tend to believe – but nothing absolute.

If we go back a half-century to when Boomers were still in elementary or high school, the prevailing trend for seniors at that time was a move to the nursing home. It almost seemed to be a rite of passage for getting to an advanced age. It was quite common, and many Boomers at that time vowed never to live in a nursing home. Visiting one was hard enough for them. They didn’t want to live in one.

That said, one potential “reality of aging” is that there comes a time when people just cannot live on their own or take care of themselves. This was destined to be derailed. Boomers were determined – from an early age – to live independently and to age in place, even though that term didn’t even exist at that time.

Two other potential “reality of aging” sayings are that we must slow down and that we should act our age. As for slowing down, why? If someone is capable of a physical regimen in their seventies or eighties (biking, tennis, racquetball, weightlifting, swimming, handball, pickleball, jogging, or even triathlons or marathon running), who is to say that this is somehow improper or inappropriate? On the other hand, if people choose not to do this, what is wrong with that?

What does acting our age really mean – as a youth, a teenager, a young adult, a middle-ager, or a senior? Who is the judge? Who determines what behavior is age-appropriate? If a preschooler throws a tantrum, we tell them to act their age, but quite likely they are. If a senior is sometimes forgetful, they may be acting – if not showing – their age. Acting one’s age seems to be an artificial societal expression that we expect people to be mature, but this expression leaves no room for emotions, trauma, or other life events that people need to deal with and likely are not prepared to do so in the moment. After all, there is no handbook for humans on how to behave when things are going well, handling crises and emergencies, and when silliness is allowed.

Can we really be critical of seniors who refuse to act “old” in the way that historically they seem to be portrayed or expected to act? Movies, TV shows, books, print media – and our own memories growing up – depict seniors in various lights, and it’s possible that an image of how we expect people in their seventies and older to look, dress, act, and behave has created a mental image of what we as a society think should happen.

Boomers have been a moving force throughout their lifetimes. Little League, Cubs Scouts, Brownies, Soap Box Derby, Pop Warner, and many other activities came into prominence (and have since continued to flourish) to serve the swelling Boomer population at that age level. College enrollment – often with the first representatives of their families to attend college – swelled. In many cases, the job market was not prepared to deal with the sudden influx of those looking for work but then eventually absorbed these new workers.

Products were developed, and advertising catered to the needs of Boomers, first as new parents, then as parents of teenagers, then later as empty nesters, and then as retirees. Health insurance, medical products, nutrition, vacations, leisure activities, autos, boats, housing, and more were geared toward this large buying segment.

So, should people act old just because they are in their seventies or eighties, or should they remain as active as they can and live in relative denial of what the world considers as aging? We can still help people live comfortably in their homes and help those living spaces become visitable even when the occupants of those homes do not consider themselves to be old. Being old may indeed be a state of mind rather than an outward expression of what we expect to see in people of advancing years. They don’t have to comply with templates that society has prescribed for aging just because they have attained a certain age. They are free to be as vibrant as they are capable of being,