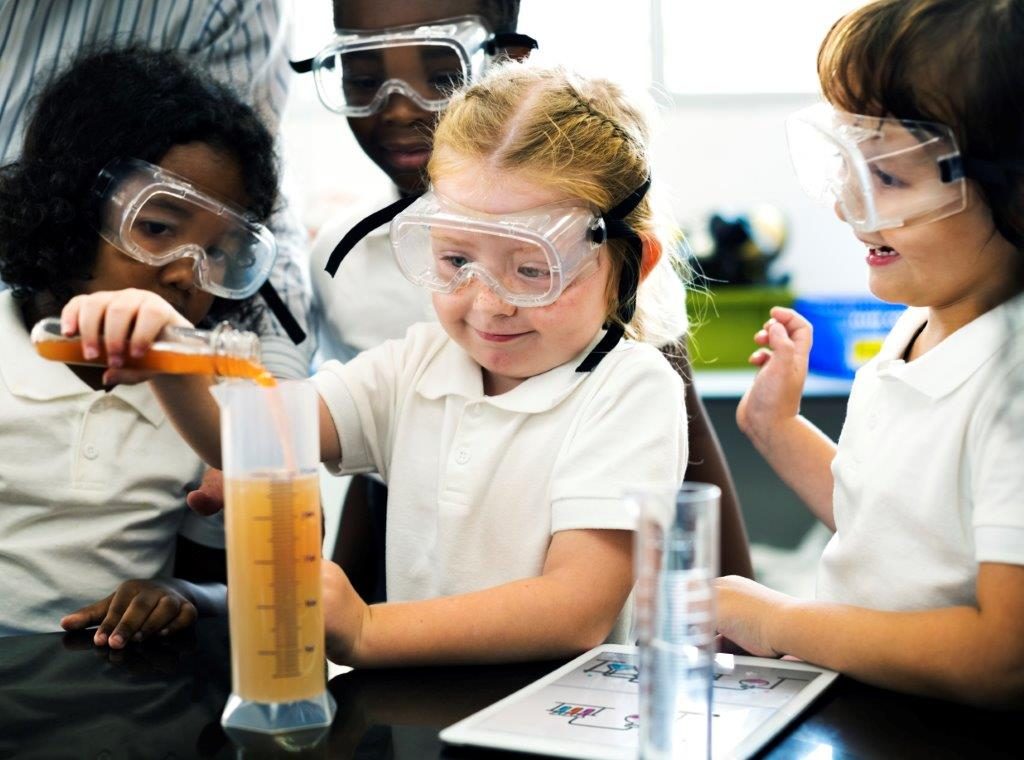 As with a laboratory experiment of basic chemical properties and reactions, the instructor knows what is supposed to happen while the students are soon learning firsthand about it

It’s called “guided discovery” and it’s a process of allowing someone else – such as our clients – to find out or discover what we already knew to be the case or strongly suspected was true. For instance, how many of us as youngsters were tricked or steered into doing something by an older sibling or neighbor? They knew what would happen because they had done it themselves or witnessed someone else doing it, but we didn’t know the outcome until we did it ourselves. Hopefully, nothing horrible happened.

Similarly, our parents may have suggested we do something as they watched to see our expression as we discovered something that they already knew to be true – gravity, a simple chemical or mechanical reaction, or even tasting a new food which they were sure we would like?

In the case of making an assessment or evaluation for our clients to improve the safety, comfort, convenience, access, enjoyment, or general livability of their homes – or in having a conversation with them about such topics – we are going to note many areas where we would like to offer an improvement.

Rather than just providing a list of what we envision as ways to enhance their home living envirionment – sometimes a rather extensive one that results with a price tag to match – what if the clients could reach the same conclusions as us? Then, it wouldn’t be us prescribing the improvements (that maybe they don’t fee are necessary) but instead, it would be them requesting them as being desirable or needed. It would be their idea rather than ours.

So, how do we begin allowing them to experience their home through our eyes and envision it the way we do? One way is by using a checklist from an organization such as AARP that they would recognize as authoritative. They trust the organization and would regard what they produce as being responsible. They would not need to explore it beyond this.

By placing a checklist in their hands and helping them to understand what it is asking them to evaluate, we are giving them the power to understand how their home may measure up, or fail to do so, in ways such as widths of passageways (doorways and hallways), condition of flooring materials, and how aceesible controls and switches are.

Again, we are not requesting that they do our work for us. We are only allowing them to experience forst hand, as a guided discovery opportunity, what we already have observed and noted. Lawyers know that in a legal proceeding they should never ask a question to which they don;t already know the answer or have a very good idea of the potential response. This is a great strategy for sales also, but we can’t always know what is in our client’s mind before asking the questions, Often, this is why we are requesting the information or insight.

Still, with guided discovery, we are essentially asking the client to answer a question about their physical space or layour that we already know. We have observed this or strongly suspect that it is true. We are asking them to learn it also or to confirm it with us.

Think of gyided discovery as the “aha” moment when the client learns that something they didn’t know was important actually is or finds something not to be what they had expected to be true. Doorway widths, locations and styles of switches, window placement and the way they open, lightinging, glare, clear space (in front of cabinets, appliances, fixtures, and doorways, for example), and the location and style of stairs are itesm that we might have them check and learn that they are not as they thought they were or that they are very important for their persoanl safety in their home.

We can tell people that their doorways need to be a minimum of three-feet in width, but they may not totally accept it until they see it in print on an official assessment or survey form of a noted organization that they respect. This adds power to our presentation and does some of the work for us. They discover that what we want them to have – maybe before even recommending it – is what they now want as well/ This is guided discovey at it’s best. Now, it is their idea and we simply get to include it in our proposal. The sale is made on that aspect of the renovation.

Guided discovery is a way to work smart as we lead our clients in a direction that will allow them to experience shortcomings in their home in an unassuming way and then to request that we accommodate those changes for them.