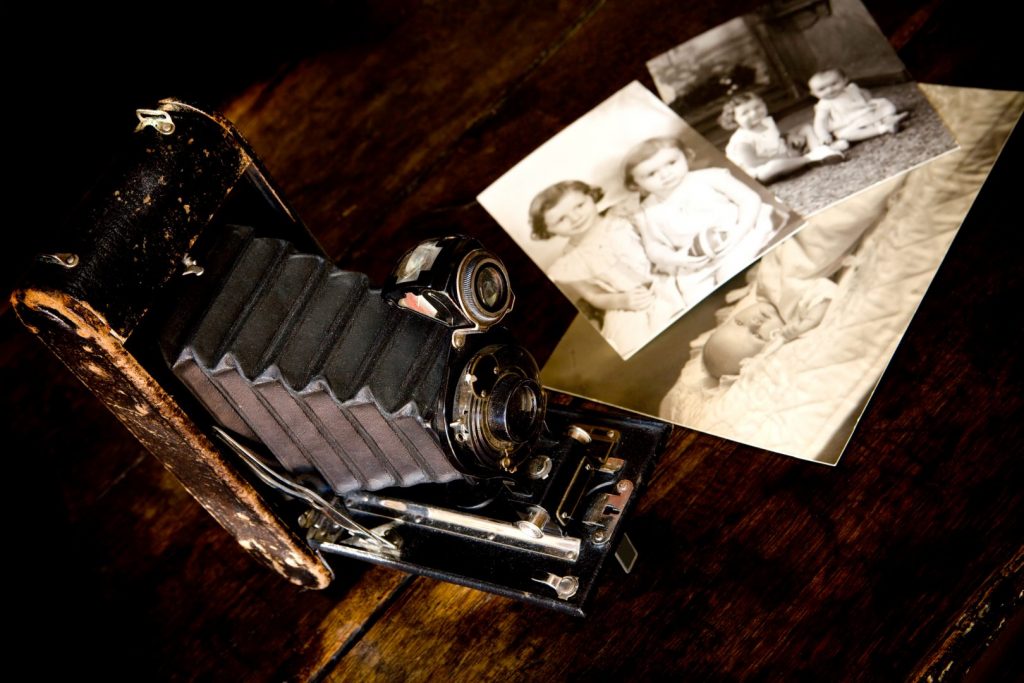 Old photos, cameras, and other memorabilia that we retain as memories and keepsakes can fade over time as well as our recollections of them or the importance we assign to them

As we go through life, we collect many things along the way that are important to us at the time or that we think might have to us or others in the future. Even before there were online sites for selling items that could bring in extra money, we had classified ads, flyers, and word-of-mouth to let people know about our items. Now, we have eBay, Craigslist, Letgo, NextDoor, Etsy, Fiverr, and other such sites.

Some of us acquired things over the years that we just held onto without a definite purpose, thinking they might someday be valuable, that we might need them for a project we were working on at that time, or because we just stored them away and forgot about them.

The way that generations age is reflected in the way they retain some of their memories. Prior to digital cameras and smartphones that can take very high-resolution photos, people used to use cameras that took film in them onto which light coming through the lens of the camera was exposed for a very brief moment. That film was then processed – know as being developed – and paper copies of those images were produced – “pictures.”

People typically went to their local drug store – before they were called pharmacies – to have this done, and usually, people waited until they had taken all of the pictures on the roll first – anywhere from eight to twenty-four. It could take weeks or even much longer therefore before someone got their film developed. Pharmacies still do this for digital pictures, but it’s not the same. It would generally take a day or longer to get the pictures back, and only then did someone know if what they had attempted to capture was successful – often it wasn’t. This is why people often took at least two, and often more, of the same pose – a practice still done today by custom.

Due to the tricky nature of taking pictures with a film camera – someone would blink or sneeze, make a face, look away, or otherwise not be looking at the camera with the pose they intended, or an object would blow into the picture at the moment the shutter was tripped, or the sun would disappear behind the clouds, or we would jiggle the camera, or we would get our finger in front of the lens, or any number of other possibilities to mess up a picture that we thought we had captured and hadn’t.

We still deal with these issues today, but they are easily correctable by taking another picture on the spot to get the image we wanted rather than waiting a period of time and then potentially be disappointed with the results.

The film that we used to use and the paper that was then used to turn the captured images into printed images that we could look at was not meant to last indefinitely. Thus, many of the negatives (the film image itself) and the paper prints have stained or faded. This is why vintage photos have the look they do. Some can be restored by a professional, and some can’t – being essentially lost forever.

Many attics, basements, desks, dresser drawers, and closet shelves contain family photographs produced over the years. Some go back decades. Nevertheless, the quality of those photos fade, the paper copies can stick together, and our memories of who is in the various pictures or the circumstances surrounding the reason the photo was taken can fade as well.

For more recent generations, they may not have any connection to those photographs taken by their parents, grandparents, or great-grandparents. Those events and even some of the people in the pictures may be unknown to them. They are family keepsakes and are cherished for that reason, but their actual sentimental or emotional value for what they contain may not be there anymore – if it ever was.

There are many other items that people hang onto – trading cars, collectible toys, their own toys from childhood, projects done by the children, trophies and awards from decades ago, and spare parts for appliances or items that they assembled from a kit, to name just a few. Of course, there are clothes that we once wore, or even brand new ones with the tags still on them. We keep so many things that many of us have lost track of where they all are or we have run out of appropriate places to keep them.

If we ever were to pull all of the items out that we have been hanging onto, we might be surprised at the amount of them that no longer have any meaning for us, that they are in poor condition, that we forgot even why we kept it, or that we even still had it. Some may still look like they did when we stored them away. Others will not have aged that well in their box or other containers.

Not only are we aging in place, but so is our stuff.