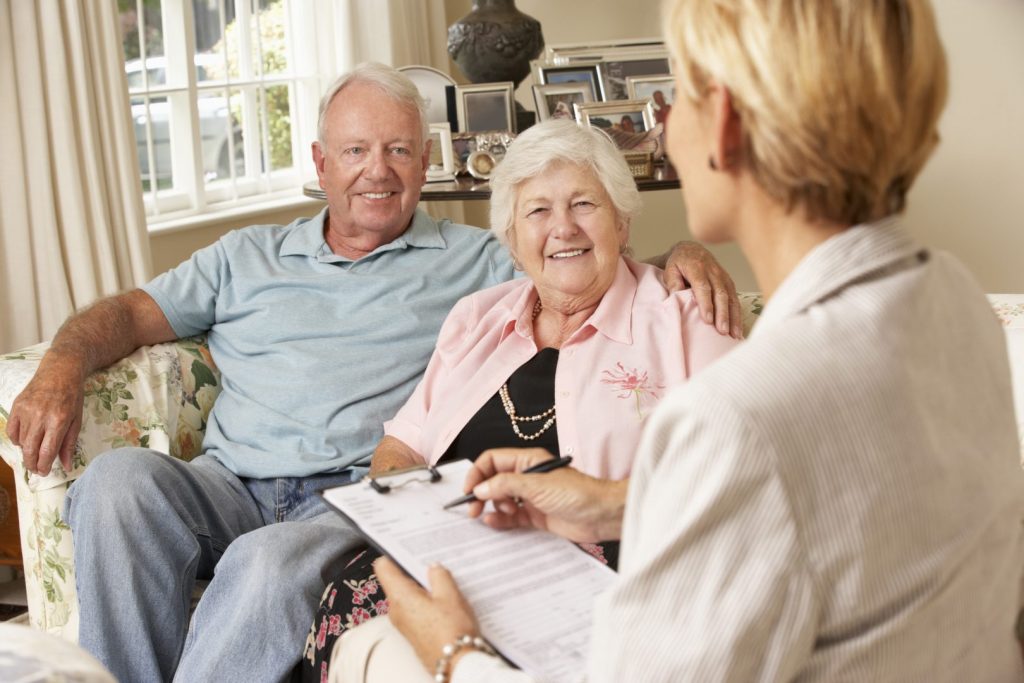 Working with aging in place clients, especially those who are older or living in older homes – or both, which is often the case, we must remain flexible and be ready to handle the unexpected when it happens. It won’t necessarily be on every project or with each client, but the possibility is there – and it’s there in so many different ways.

Let’s begin by considering the client’s living space. If it’s an older home – a mid-century (built prior to 1960) for instance, we expect to see certain types of light switches, heating systems and ductwork, doorway and hallway widths, electric capacity, and other aspects of the home that would apply to the age of home prior to any work, updates, improvements, or renovations having been done by the homeowner or a contractor and not be equivalent to what we would recommend or install today.

Just accounting for normal aging issues with mobility, vision, and hearing can mean that a dwelling that may have been satisfactory previously when the occupants were younger doesn’t serve them as well today, and they may not even be aware of what has changed. If they have been experiencing various limitations in their ability since they moved into their home or for an extended period, they have been trying to adapt to a situation that is not ideal for them and may have made some impromptu changes or improvements that actually need to be removed or changed as we move forward. They may even be contraindicated based on what we observe and note in talking with them.

Clients that we are working with may have appointments (doctor, dentist, vision, hearing, or other) they forgot to tell us about until the morning they are scheduled when they cannot be home to let us have access or they request we not be there due to the way they may feel when they return. They may suffer from a sudden onset illness such as the flu or a cold that happens overnight and means that we can’t have access to their home that day or subsequent ones. Usually, they can’t tell us about these situations until the next morning, and then we have to reschedule the work of our crews, including subcontractors.

Dealing with customer supplied materials that we know won’t provide the level of service or dependability they are counting on receiving is quite problematic and something that is better not attempted. There are so many things that go wrong from the customer not liking it as well as they thought they would (much like finding an outfit in the store that looks great on the mannequin but doesn’t look the same on us when we get it home and try it on), the faucet or other items they purchased doesn’t operate properly or exactly match the other components of the room, or that the item is not the correct size for what is needed, among the many possibilities of issues that might arise.

Having a son, daughter, grandchild, or well-meaning friend suggest something that is not part of the plan and then needing to address it because the client wants us to is something that can delay a project or require extra time to resolve, even if no changes are made. Just discussing it and coming to a satisfactory resolution requires time and is not something that can be foreseen each time it happens.

Also, when there are additional members of the household – fulltime or present on an occasional basis – or even a multigenerational family, we may find mixed needs, lifestyles, and requirements. Some of this may be surprising, especially when it relates to use of the space, storage requirements, or expectations – further complicated when there is a difference of opinion or conflict in which needs take priority or how all of them should be accommodated. Then, instead of just designing for the needs of the client, the entire household has to be considered.

Flexibility is the byword in aging in place designs because there is so much that can happen that makes each job special, different, and unique from any other.