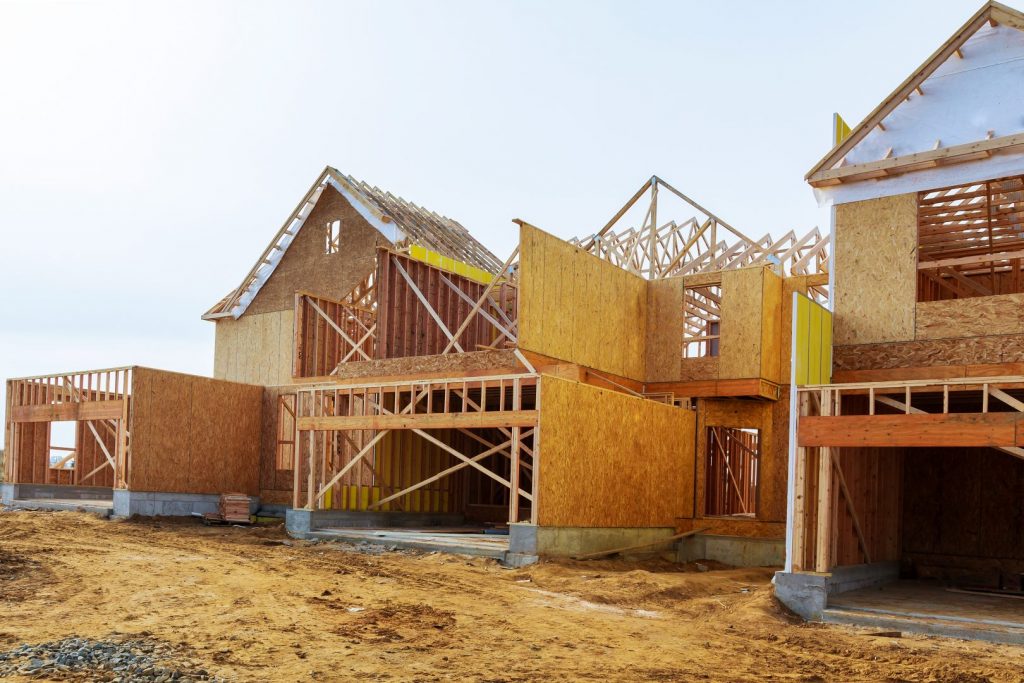 New homes are exciting to watch going up, and they weather economic cycles, but aging in place remodeling allows people to remain where they are and ignore ups and downs in the market

Think back fifteen years and you’ll recall how robust the new construction industry was. Homes were being built and sold and a blistering pace. Mortgage money was easy to obtain, and the choices and locations in homes were plentiful.

This wasn’t the first time this had happened, but it was the largest such boom in recent memory. We had witnessed other periods of strong growth – followed by downturns. The construction market is cyclical, and some locales are more susceptible than others. Even during this tremendous growth that occurred at the beginning of the twenty-first century. followed by one of the worst declines in most people’s memory as well, it differed by geographic area.

Places in the South were especially vulnerable, but this was a widespread experience. Still, not every market was affected. Some went on with little change in building, buying, or selling. Others got into a short-sell, distressed property situation where new homes or relatively new ones at a severe discount were competing against new construction and curtailing the demand for more construction.

Today, we are in a similar boom time, albeit not quite as unbridled as that witnessed more than a decade ago. To say that a full recovery, and then some, has happened would be correct. But, watch for the bottom to fall out again at some point. It always does. Recessions and downturns come on the heels of strong surges and growth. It’s just what happens.

Sometimes, a strong building environment follows the expansion of local businesses or the relocation to that area of businesses from other markets. Sometimes, it the desirable climate or tax picture. There are many reasons, and these are subject to change also.

Nevertheless, it’s common knowledge that residential building exhibits a boom-bust cyclical pattern. This makes life interesting for investors, home builders, lenders, consumers, the building trades, and others who are involved in or depend upon vibrant new construction activity.

There used to be a saying that real estate was one of, if not the only, safe investment. The rhetorical question was asked about anyone seeing real estate values decline because no one had ever witnessed this happening. Well, they did. Big time.

Remodeling, on the other hand, remained strong and surged to take advantage of the lull in new construction. When people could not afford the purchase price, could not qualify for financing, or could not find available homes that suited them, they decided to stay put and make some modifications to what they had. When new construction stalls or declines in activity, remodeling always sees a resulting upswing in interest and activity. In fact, some builders attempted to shift gears and enter the remodeling market to make up for the lack of new construction they could do.

People decided that acquiring a new home would not work for them because they couldn’t find a suitable home at a price they were willing to pay or for which they could qualify for financing, so they stayed where they were. They made improvements to their existing homes because they already had a location they liked, a basic layout that worked for them, and design that was familiar to them. Plus, they didn’t have to attempt to market their home in an already bloated real estate market or to get all of their stuff organized to where they could pack it and move it elsewhere.

People looked at what they had and began making changes to accommodate changing mobility or sensory needs that had come about from aging or from never really working that well in this home. In some cases, people began to bring aging relatives into their homes to live with them and to make modifications to accommodate these changes.

Remodeling always surges during a new construction downturn or a market correction. It never really disappears although sometimes people determine they can replace what they have with new construction for less than what it would take to modify their present home. Still, their present home is a known quantity and they already live there. There is no adjustment period or time to get ready for the move itself. All that is required is to determine what changes would be beneficial for them.

Often, remodeling has focused on kitchens and bathrooms with the ultimate aim in creating a space that future owners would like and enhancing the potential sales price (and net return) for the current owners. While still true to an extent, the main interest now is still in enhancing those spaces, as well as entrances, flooring, lighting, and other important areas in the home, with the aim of remaining in place and staying that home long-term.

Construction booms come and go, but remodeling – especially with the popularity of aging in place – remain strong and consistent. Unless someone purchased a home they really do not like, they can make changes to it to enhance how it accommodates their needs. As aging in place specialists, we can help them evaluate what they have currently and create a plan to renovate their home successfully.