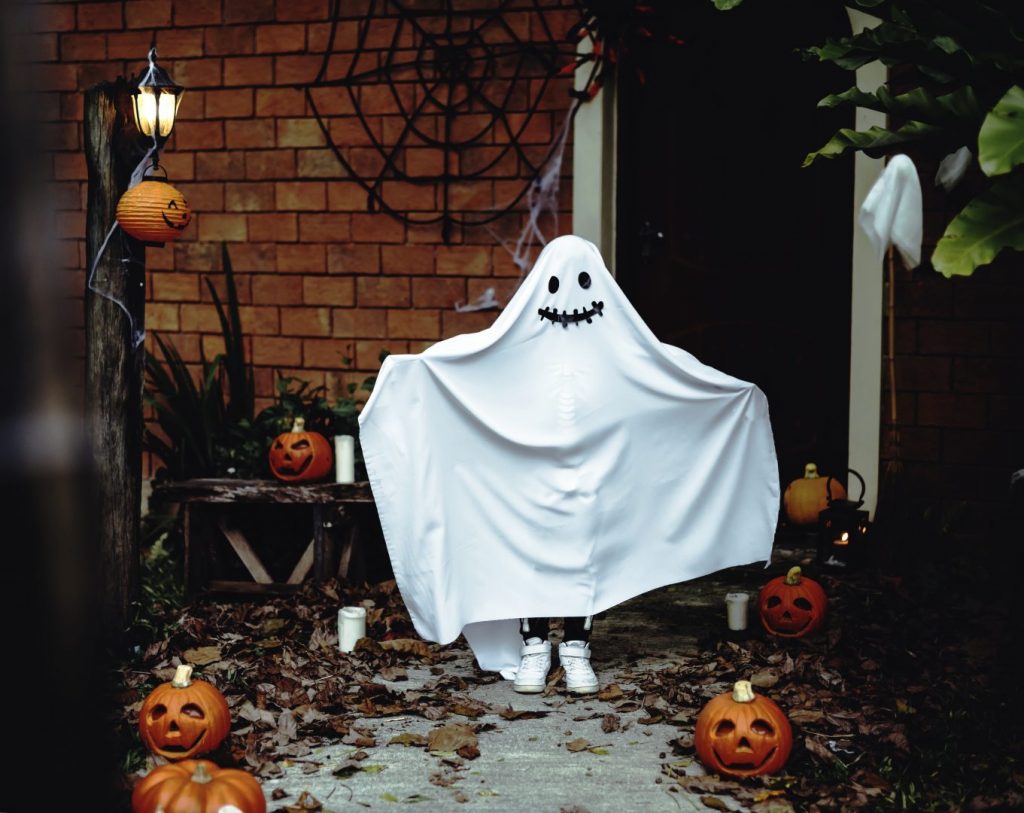 At this time of year, Halloween may seem a long way off, but it will be here soon enough. Even if we live in an area that is not visited by that many children because it is a controlled access building or we don’t live in a traditional neighborhood around other people, the same concept can apply. The idea of accommodating children on Halloween as they make their annual trek to our front door is the perfect model for visitability.

We often think of creating a visitable entry for adults – one that has no barriers to access that can be used by anyone without regard to their specific abilities or whatever type of assistance they might need or be using. However, consider using children on Halloween as the design model. With this, everything else will fall into place.

Think of the dynamics of Haloween. The children are amped up – out on their own (even will adult chaperones standing on the sidewalk of at the curb), dressed up in a costume they have been planning for weeks, making a substantial haul of free candy, being able to ring doorbells with a purpose and be received warmly, and being able to go places that may not be customary for them.

As they sample some of the candy they have received, they get more energized. This can be quite the sugar high for them – one that can contribute to less awareness and safe practices. Depending on how many children are working together in a group, there can be several moving about at one time as they go from home-to-home. The excitement builds!

Back to the concept of visitability. Consider the setting. The children – many as young as three or four (perhaps even younger) and possibly ranging to early teens – venture out at dusk or darkness and continue into the early nighttime hours. Many streets and home simply are not well enough illuminated to allow safe pedestrian usage at night. This is a challenge, and many of the children do not wear clothing that will reflect light or is light colored.

Some of the children approach a home by walking up the driveway or connecting front walkway from the street. Some cut across the grass and take the shortest route possible from door to door. There is nothing improper about either one, It’s just what happens. However, say that there was a hole in the yard that could not be seen easily, or a hidden rake or other tool on the ground, or toys or other items that could be stepped on or tripped over as people walked up to the home across the grass. Sometimes, there are items (leaves for instance) on sidewalks that make foot traffic a little challenging also.

Then they get to the front door. What types of challenges are they facing? Are there steps to climb? Several of them? If so, are they well lighted and safe to step on? Is there a railing on at least one side? Are there porch or yard lights that illuminate the steps? Are they open to view from the street (for accompanying parents and chaperones) or are they concealed by landscaping?

Remember that two of the largest challenges with children on Halloween are the same that we face as we get older – vision and mobility. Children are out a night in a setting that might be a little unfamiliar to them. Even if they are comfortable being outside at dark (they do have the ability to see better at night than adults), it might be on a street or part of their neighborhood they don’t visit much or at all – especially after dark and on their own. Secondly, they are wearing costumes and many have masks. Those masks may not have the best eyeholes in them that promote good vision. Even so, their peripheral vision is going to be restricted by the size of the mask.

As they get excited and move about in small groups, they tend to follow the speed and direction of the group and may be less cautious about where they are walking or stepping – relying more on the person in front of them than on what they see themselves (like we experience often in bumper-to-bumper freeway traffic).

The mobility part of the issue – totally separate from any inherent mobility limitations the children might be experiencing prior to the Halloween event – is that they are wearing costumes that can restrict their movements. In many cases, they will be wearing these outfits for the first time (other than trying them on or wearing them inside the house). Costumes can be bulky, tight, loose, large, baggy, and in many other ways restrict or hamper fluid, safe movements. They can affect walking and stepping.

Halloween is not coming in the next few days, but getting ready for ourselves and others to arrive in the summertime, fall, or any other time of the year can be patterned after the idea of making our homes (and those of our clients) safe for approaching visits of all abilities. This is the concept of visitability at work.