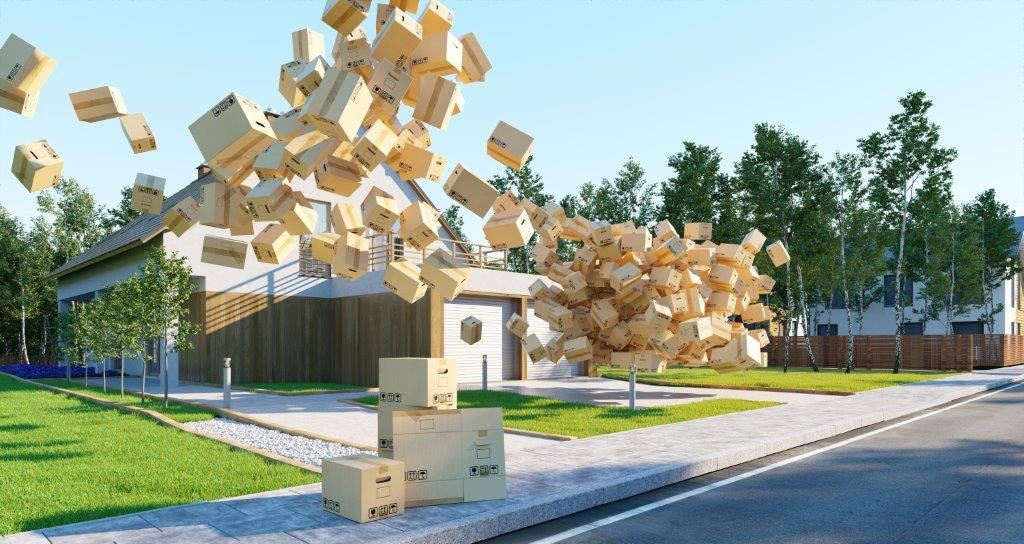 Sometimes it can be overwhelming managing all of the memories we want to retain – we may need help in cutting back, but we have to be willing to let go of some of what we have and ask for help

As aging in place professionals, we know the challenges that people face as they go through life and remain in their homes long-term. As a general rule, people are collection magnets – attracting and holding onto much of what enters their home.

When we go to a play, a concert, a ballgame, a festival, or an expo, for instance, we come home with memorabilia and souvenirs from the events – ticket stubs, programs, pennants, tee shirts, hats, stuffed animals or other collectibles, CDs, posters, goody bags, photographs, and more, We can’t help it. It’s in our nature. We enjoyed the experience and want reminders of that feeling that we can revisit from time-to-time. As the period of time from the initial experience grows into months, years, and even decades, the memories fade also and perhaps the whereabouts of those items that meant so much to us at the time.

When we have raised children – regardless of their current age and whether they still live at home or are their own – we have so many retained memories of their activities. These include collections they may have started and abandoned (matchbox cars, model railroads, baseball or other sports cards, roads and gems, stamps, coins, leaves, or other topics they may have been interested in at the time). It includes sporting goods they used and moved on from, such as hockey skates they outgrew, old baseball gloves and uniforms, football equipment, bowling balls and shoes, rollerblades, and so much more, depending on their activities and fields of interest.

We likely have an assortment of their old toys – some we will have kept because we remember how they played with them, giving us great memories, and some because we fancied a time when they would be valuable on eBay, Craig’s List, yard sales, or other outlets for potential collectors. of course, the brutal reality is that mostly they have no value other than purely sentimental.

Of course, we will have kept scouting badges and awards, if not complete or partial uniforms, and many items from their school years – awards, certificates of completion or achievement, report cards, science projects, ribbons, trophies, and the like.

Then for those of us who now have grandchildren, the process repeats itself as we become repositories for memorabilia from the grandkids that we want to retain (because they won’t be kids forever) and items that they use when they visit us – including toys, clothing, and hobbies.

Whether we have children or not, we have other trappings of just living in our homes over time, such as magazines we have kept to read again (or for the first time even if they are several months or even years old) or because they had an interesting article we wanted to keep for later, or books (or phonograph records, cassette tapes, or CDs) we bought through a club membership subscription or ones we picked up along the way to read, listen to, or to have in our personal library.

If we bowled, played softball, tennis, biked, ran, or engaged in some other type of organized adult sporting contests or activities, we may have tee shirts, hats, uniforms, equipment, photos, trophies, plaques, or other items commemorating or related to those events and activities – especially our accomplishments.

When faced with the daunting task of knowing that we want to do something to organize all of the stuff we have amassed, and at the same time not really wanting to part ways with much or any of it, we are at an impasse. From an outsider’s perspective, we may have a lot of clutter – certainly an accumulation of stuff. To us, however, they are valuable memories. Even the tools, appliances, and toys that have broken that we have no intention of fixing or repairing, they are a part of us. So, we hang onto them.

It’s easy to have a detached view of someone else’s space but much harder, and certainly less objective, to do it with our own stuff.

Telling people that they need to say goodbye to much of what they have been hanging onto – because their stuff is competing for valuable living space with them, their mental and emotional health may be at risk, and they simply don’t need all that they have – really falls hallow. They can’t relate.

What’s the answer? Certainly harping on decluttering isn’t the answer. As with anything constructive such as an exercise program or losing weight, we have to want to do it first. When this step is taken, we can move from there. People generally don’t want to hear or want to admit that they have collected so much stuff over the years – “too much” is a relative term that means different things depending on who is doing the interpretations so we won’t even speak in those terms. Nevertheless, the willingness to thin out one’s belonging has to come from those living in the home and not from those outside of it.