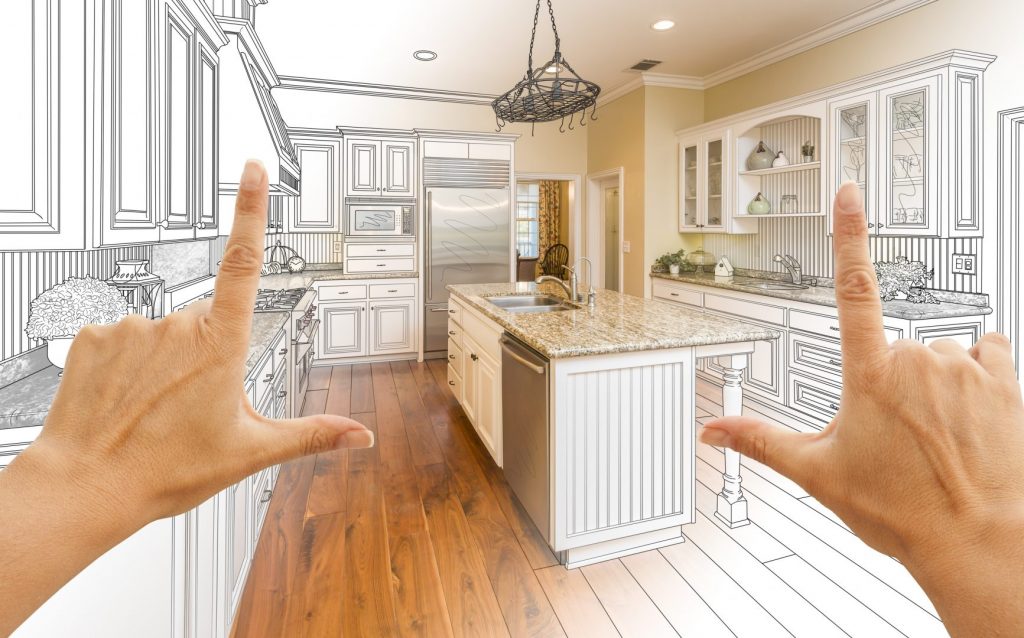 Designing a kitchen for the so-called open concept look has many aspects, including many personally defined and assigned ones to make a kitchen appealing to the occupants

The so-called open concept in home design is a common idea in discussing, shopping for, and looking at homes to build, purchase, or renovate. TV design and renovation shows, real estate agents, builders, consumers, and online articles are abuzz with this term. However, what exactly is it, and how does it relate to aging in place?

According to a recent survey by the National Association of Home Builders (NAHB), eighty-six percent of home buyers surveyed say that prefer their kitchen and dining room to be completely or partially open – whatever they think they mean by this term. That’s nearly nine out of ten people, but the issue is what does it really mean? For starters, it likely means no walls, but is that all there is to it?

How open does a plan have to be to fit someone’s definition of an open concept? Do we mean no walls, some walls, pony or knee walls only, islands or peninsulas in the kitchen but no walls? This is a fluid term with definitions as varied as the people who are looking for such a design and applying this term.

Why all of a sudden, and why now?

First, the open concept is not new. It has been around for a few decades, but it certainly has caught on in popularity with the number of people and sites discussing and talking about it.

For years we had dedicated hallways – albeit very narrow with many of them less than thirty inches in width. We had formal dining rooms in the homes large enough to incorporate such a dedicated space. Smaller and newer plans just had an eating area. We had the creation of breakfast rooms in floor plans large enough to accept them, while other plans had breakfast areas in the kitchen – something that used to be called an eat-in kitchen.

The great room concept that was introduced in the seventies ushered in the feeling of the open concept. It has been trending ever since but not always at the top of the design chain. Still, people are desiring a floor plan where they are not restricted as to what has to go where – no defined living room or family room in which the furniture needs to fit or doors or access points need to open onto adjacent space.

The idea of a truly open concept is a lodge or cabin design with just four perimeter walls and that’s it. All interior spaces are defined by furniture groupings and accessories. Most people want a little more definition than this which means the so-called open concept is subject to interpretation and personal application.

What is an open concept to one family, buyer, or would-be homeowner may not be to another. No walls may be what they desire while some walls may be the ticket for someone else.

Does an open concept have to be a minimalist design, and can it really achieve this?

Let’s take the kitchen – a room where the term open concept is often used. It would seem that an island is contraindicated to this ideal because it interrupts the flow and creates a huge barrier right in the middle of the floor space. Yet, huge islands are precisely what many open-design-desirers are wanting. Possibly, they want no vertical visual distractions – no pot racks, range hoods over islands, upper cabinets, or anything else not attached to perimeter walls of the room.

Are we trying to create a line of sight that is uninterrupted in viewing a space from adjacent parts of the home, and if we are, what is this doing to functionality?

As for aging in place, cabinets and shelves that are easy to access, pull-outs, lowered upper cabinets or shelving, and appliance controls that are eye-level are highly recommended – subject to tweaking for individual tastes and needs. This does not translate into an open design per se, but neither does it specify or suggest that the design cannot be appealing or unencumbered.

Perhaps, this latter idea is what the fuss is all about – creating a look that is uncluttered. Again, this is going to be subject to personal taste and interpretation because an island in the middle of a space does not create an openness. Still, it is highly desired by many.

In short, the open concept kitchen seems to be an idea that cannot be defined except by the individual user – knowing what they are looking for and what they are willing to accept. And who’s to say, their definition – or that of the marketplace – won’t change in the coming few years? Remember we used to have dedicated living rooms? This gave way to great rooms and family rooms, and now the living room is coming back in many designs – if it ever really left. Most older homes never got rid of their living rooms. So it may be with the kitchens also – a less cluttered, more appealing look but with many of the conventional items we would expect to see in a kitchen and in the places we would normally see them.