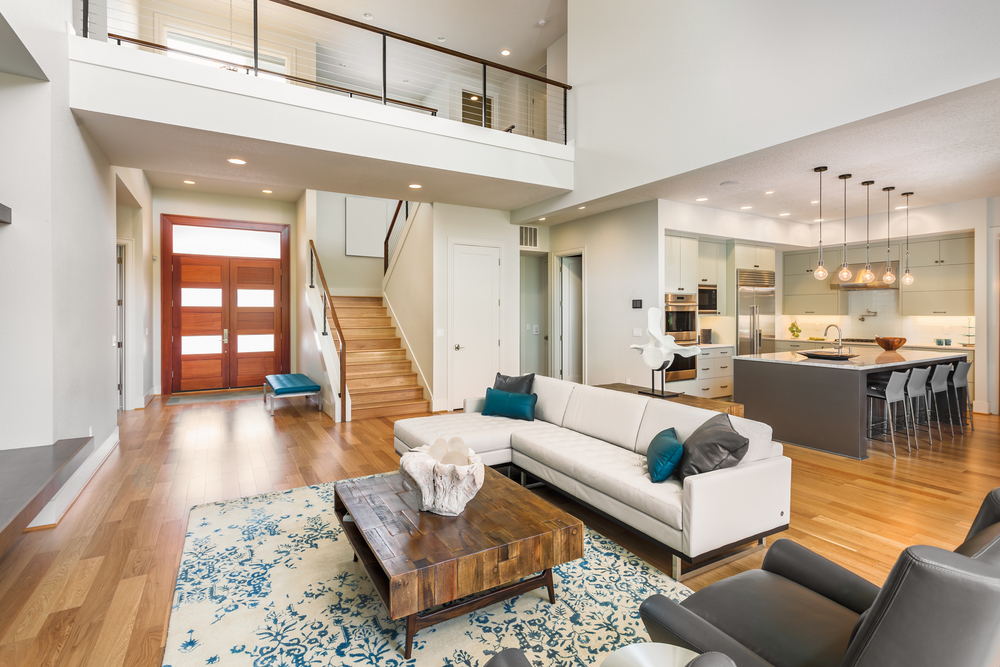 Today, open floor plans or the open floor plan concept is what most people discuss when talking about finding a new home or renovating their present home. They feel that this gives them a more spacious look and the feeling of openness – less constrained by walls and the suggestion of how a space needs to be used – or how it was envisioned originally by the designer, builder, or architect.

While the idea behind the open concept is valid, it may not be practical – at least not for everyone. Rather than be a design standard that we try to incorporate whenever we can, we need to look at the abilities of our clients and what they are trying to achieve in their homes.

In short, the open concept may not be the best approach for everyone. It would not be considered a universal design for this reason.

The absence of traditional walls encompassing a dining area, kitchen, living room, or family room may create a broad flow from one area to the next and take our eyes on this unencumbered journey. However, that lack of focal points, of definition, and of a spatial anchor may cause some people to lose depth perception or incur other visual difficulties.

If we were to imagine that a dining room had glass walls and that we could look past the boundaries of the room to see adjacent spaces or even areas beyond it in the home, it’s possible that we could become visually distracted and lose our bearings. Rather than being a design benefit, it actually could be a design deficit or detractor. Some people are going to be so overly stimulated visually or distracted by trying to take it so much additional information beyond the space of the room they are in or the one they are moving toward that they are at risk of sensory overload. The result could be a fall or a sense of dizziness by too much information or the inability to process all of it in its proper spatial sequence.

The open concept means that the rooms or the floor space flow from one area to another and that it can be reconfigured as necessary, There is no hard boundary that establishes the edge of the family room or that separate it from the dining area or some other adjacent space in the home. Theoretically, it is flexible and fluid meaning that the living room space, however it is configured and appointed with furnishings, can be expanded, contracted, or rearranged as desired to achieve a different look whenever desired. The interior floor area of the space can be expanded or contracted within reason to create different looks.

In reality, however, the open concept likely loses much of this flexibility. Once the plan is set, it is probable that it will remain in its basic design. Just like any room – with or without walls to define the space – can be rearranged to create a different feeling or to allow space for holiday decorations, for instance, can be shuffle from time-to-time with the addition of a piece of furniture or the replacement of a chair with another, or even an entirely new look with area rug, wall paint, or furniture treatments, the fact that a room is open or defined by walls is immaterial. The benefit of an open plan is that people are free to expand or contract their space as they desire.

With the open plan can come challenges – especially as it relates to navigating the space between the functional areas that have been created. In a traditional floor plan, there is a living room or family room and a kitchen that might be next to it. The kitchen is defined on most or all of its sides by fixed walls as is the other room next to it. There could be a hallway running between the two rooms and providing access points from it.

When there is no fixed hallway because we have an open plan and no walls creating specific passageways between spaces, it does not mean that common routes of movement are discovered and established. To move from the entry point of a room to the opposite part of it, there is a route that is relatively clear. We would walk around tables, chairs, or other items in the room to get to the other side. If the room had chairs set about at random, it would be maze-like to get through the room, and this would never do.

So, even when there is no formal hallway because we have created an open plan, there still is a passageway. It is not confined to being a certain width and it can be wider as we might have a need for that to occur, but we still would not put chairs, tables, sculptures, or other items in a perceived passageway – walls being there to define the space or not.