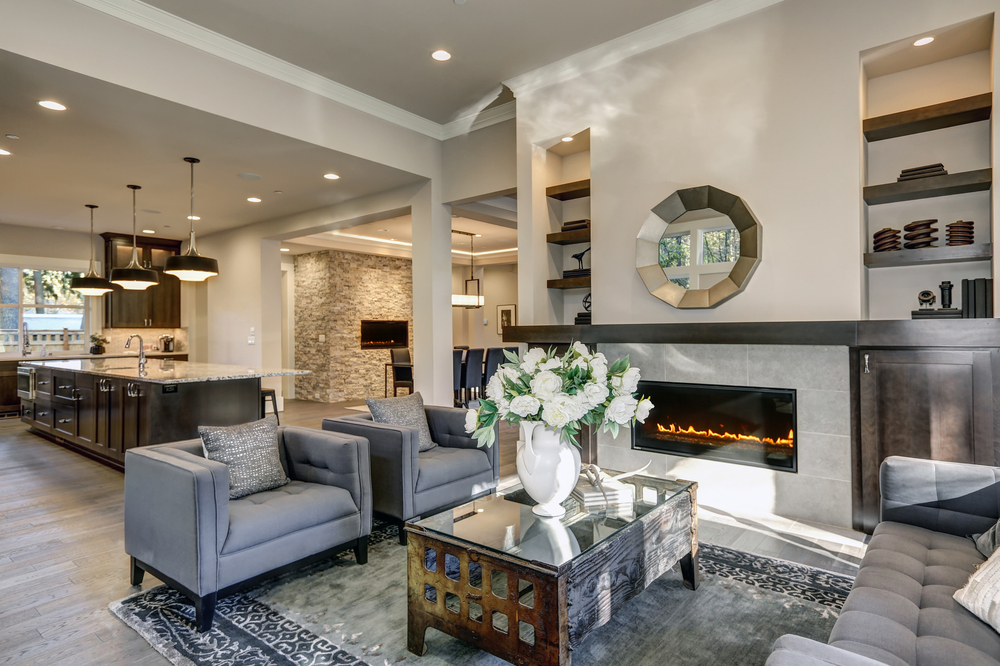 This modern, open floor plan concept is quite common and often requested, but it can present many sensory and mobility challenges within the home – contrary to a more traditional design

Today, people are embracing the so-called open concept floor plan – one without a lot (or even any) interior walls to define, limit, suggest, or restrict space and room sizes. It has become a buzz word – one that home shoppers and homeowners in search of a renovation are using. They are asking for an open concept – maybe without a full realization of some of the downsides to this approach. The design shows on television are constantly referring to this term – further giving acceptance to the term if not the ramifications of the design itself.

So, let’s take a little closer look at this. Is an open concept the best idea for a home that can grow with us as our needs might change and truly be an aging in place home? For some people, sure. For many people, the answer is no. Make that a definite no.

One of the advantages of an open concept is the there are no walls so the living room, sitting area, family room, dining area, gathering spot, or other areas of activity in the home can be suggested by the users and defined (and redefined as desired) with furniture groupings, area rugs, and perhaps color. Many kitchens are open also and flow right into this adjacent space, making it a truly fluid look and space utilization.

As people’s needs or tastes change over time, it’s easy to move furniture and make what amounts to a room either larger or smaller. How one accesses the space from between furniture pieces can be adjusted as well.

This is good. It can also be an issue. Some people require more structure in their lives, and having an open concept is just too much responsibility to attempt to designate various living areas or pods within the home as to their function by the furniture pieces themselves. Visually, people also can be challenged.

While an open concept home theoretically can change and adapt over time, with more room areas or fewer being suggested by our designs according to how we feel or what our space utilization may indicating, it is not a perfect plan.

When we have a living room with two, three, or four walls, with windows and doors along at least one of the sides, it gives us some framework for decorating and accessorizing the space. There are wall switches and outlets, there are definite walls along which furniture pieces can be arranged and artwork hung and displayed. Track lighting, soffit or cove lighting, baseboard lighting, and lighting from lamps can be used in rooms with walls but aren’t as effective in open spaces. Some of them don’t work at all.

Visually, people can look through a space and become distracted by objects that they might see beyond where they are headed. For instance, in walking to the kitchen by a traditional pathway defined by hallways, a person soon learns or discovers the route and follows it. When there is no such well-defined route as suggested by walls, a person is free to navigate the space in their own way – following what appears to be accessways or cutting through furniture groupings to create their own passage route. The potential difficulty with this is that people may run into objects or trip over them because they are looking past rather than into an area where they are walking.

Structure is an issue with the open plan for people who need some semblance of order in choosing where to locate certain pieces of furniture or how to accessorize a space. The openness simply gives them too many choices. Also, the lack of wall switches, artwork, lighting, wall colors, trim molding, and other items found on a traditional wall are going to be missing. For people who rely on (even if they won’t admit it) a chair rail for visual anchoring or for balance as something tangible to touch, run their hand along as they are walking, or balance themselves onm this is missing in an open plan.

Visual distractions, disorientation, and overstimulation are some of the issues that an open floor plan can present so while it may be desirable for eliminating interior barriers to navigation, it is as challenging (if not moreso) by the elimination of these reference points and constraints. It seems that years of having walls to define our floor spaces was a good idea and that removing them may have some unforeseen or uncontemplated consequences that need to be considered before rushing in to comply with current trends. Again, it comes down to the needs of the client.

An open plan definitely cannot be considered universal design and and is more limiting and challenging than it is accommodating and inclusive. There are many reasons for keeping things as they have been with traditional wall placements.