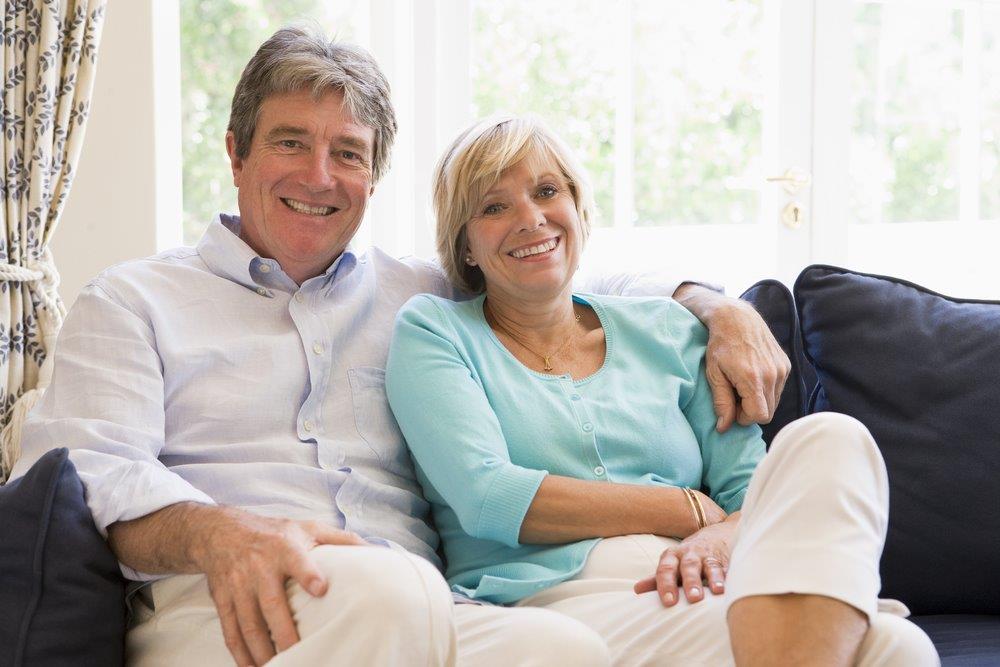 Baby Boomers in their forever home enjoying life and relaxing together as they age in place in their unique and individual way. tailored to their specific needs and interests which aren’t necessarily identical to others.

Baby boomers are that group of individuals who were born worldwide from 1945 or 1946 until 1964 or 1965, depending on which demographers one follows. For decades boomers were described as those individuals born from 1946 through 1964. now some liberties are being taken with this group, even to the point of beginning two to three years earlier in 1943. Generally, a generation covers approximately 20 years of time – sometimes more and sometimes less.

Generations are useful for generally describing or referring to shared experiences of that particular time frame, clothing style, music and movies available, expressions used, and similar traits. Of course, there are no specific findings or stipulations as to what someone in a particular generation has experienced or what they necessarily have as an outlook on life.

No one of any generation Is issued a stamp on their birth certificate indicating the generation Into which they are born. Generations are loosely defined and convenient for marketers, retailers, and journalists. We like to find identity in a generation because it loosely defines or describes social behavior and cultural experiences.

One of the defining aspects of any generation is their shared experiences or what they have in common from events of their day that they may have seen or heard. While not everyone can recall them as vividly as others, and they may have more of an impact on some than on others, they still were experienced by the majority of the people in that generation during their formative years.

Every generation remembers events that shaped their life experiences. Before Boomers were born, their parents and grandparents witnessed many innovations and inventions, a major depression, the stock market collapse, two world wars, and other armed conflicts. Also, there was the radio, telephone, automobile, and motion picture rollouts

Early Boomers remember getting their first televisions (black and white), Saturday morning cartoons, Saturday afternoon matinees at the movie theater, Davy Crockett caps, Little League baseball, paper routes, chores such as cleaning out the garage, rock and roll music, The Beatles, dances like the twist, sock hops in the gym, folk singing, the John F. Kennedy assassination (along with Robert Kennedy and Martin Luther King), seeing Lee Harvey Oswald gunned down on live television, Woodstock, and so much more.

Boomers also got to see the advance of Jet planes and space launches. Later, they shared some of these experiences with younger generations. Additionally, many Boomers were the first ones in their family to attend college.

If all Boomers were the same

Marketers and advertisers like to appeal to a generation or a consumer segment as if they are a single homogeneous buying group that thinks the same, acts the same, purchases the same items, has the same or similar needs, and desires or wants the same products or solutions from the marketplace.

While generations largely describe similar experiences and needs just from shared life experiences and the times they have witnessed, we can’t rule out individuality. This is key for understanding aging in place needs and solutions.

Just as Boomers have their differences, so do other generations who came before and after them. We have different physical needs that we attend to or just accept without any treatment or perhaps self-medicate, we decorate our homes differently to appeal to our sense of color and style, we occupy and use our homes to fit our personal needs and lifestyles, we have various numbers of other individuals and ages living in our homes with us (from no one else to several), and we maintain our homes in various ways from taking care of even the smallest details as we see them to generally ignoring issues until they become major ones.

This is why there is not and cannot be any consistent, common approach for helping Boomers (or others, for that matter) live safely and effectively in their homes as they get older.

When it comes to appealing to the physical and sensory needs of the people we can serve and the characteristics of their living spaces, each situation is going to unique. We aren’t looking at a generation but the individual, their needs, and their living space. While there might be some similarities and consistencies in what we observe and recommend, a person’s age, health status, needs, budget, and existing treatments are going to have an impact on what we recommend and complete for them.

If we had a catalog, template, or app that we could use to simply choose all of some of what was included there and then give the client a quote, obtain their agreement, and get started with the installation, it might be quicker and easier to do that analyzing each person’s requirements. However, it would be far less rewarding. We really are meeting someone’s needs to help them continue living as well as they have in the past or even better. A template approach makes no such allowances for individual needs, abilities, budgets, or configuration of their space.