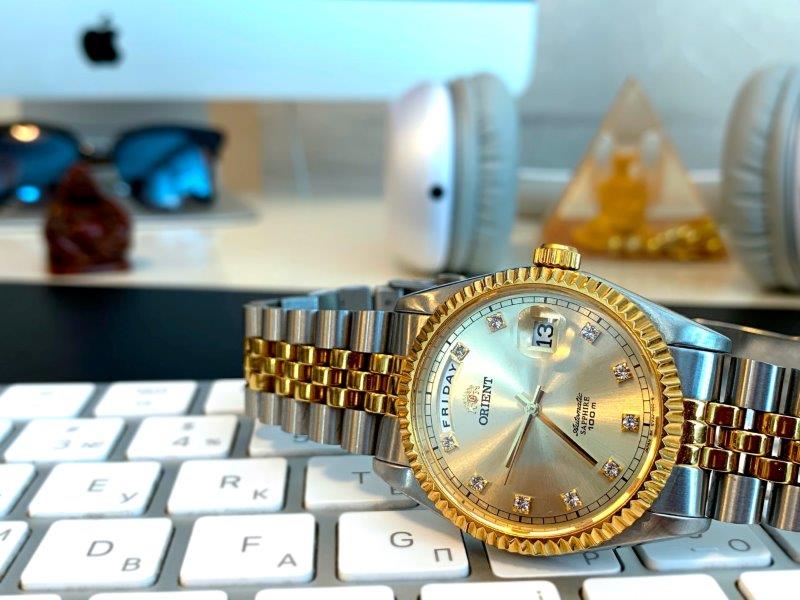 The traditional gold watch awarded in commemoration of years of service to the company is changing to a different type of recognition or none at all as we go right past that traditional milestone and keep going.

Looking forward to that gold watch

There was a time in America when people worked for a single employer their entire working lives. Others stayed in the same field but maybe had a couple of different companies that they worked for. This is the exception today rather than the norm. While there are still instances of it, there are many reasons for the change.

First, companies aren’t as stable as they were in the past meaning that acquisitions, movement to new locations, downsizing, mergers, rebranding, or a total profile change make some companies unrecognizable from what they have been not that long ago. Some companies that were powerhouses and market mainstays of providing employment, clout, and a market presence a couple of decades ago or more have vanished.

It’s had to have continuous employment with a company that no longer exists, has gone a different direction with different labor skill needs, has not kept pace with market demand and consumer choices, or has moved hundreds or even thousands of miles from where it was.

While there are dedicated workers who enjoy what they do and like the company that employs them, there doesn’t seem to be the loyalty that once existed or seemed to exist. The day of the big retirement party with the presentation of a commemoration plaque and the traditional gold watch to note the years of faithful service to the company is going away. Downsizing, redefining labor skills, going a different direction with the product line or business model, material shortages, competition, and other factors (notwithstanding the response to the pandemic) out of the control of the employee have helped to shorten their tenure.

Many people in earlier generations began work right out of high school, military service, or college and never moved on. That became their lifelong career. They started in their late teens or early twenties typically and set their sights on age 65 – that magical retirement age when they no longer would have to report to a job but could set their own hours and activities.

As we have aged, we have begun to remain in better health, to take better care of ourselves physically and mentally, and as a result, are living longer. While no guarantee of getting there, more and more people are reaching age 65 and continuing.

The Social Security Act, when it was created by Congress and signed into law by then-President Franklin Roosevelt in 1935, provided retirement benefits, but the average life expectancy at birth at that time was just 58. Attaining the age of 21 greatly increased one’s odds of reaching age 65 and collecting their benefits.

This underscored the importance of the age 65 milestone. Some employers had pension plans, and some didn’t. Of course, a company that no longer existed or did not have the same profile as when someone began working there may not have a pension plan that many people were relying on. Private savings, 401(k), and IRA programs have helped to bridge this change in the marketplace.

We still speak of retirement as meaning age 65, but a more apt term would be traditional retirement age to refer to age 65 as the time in the past when people generally retire voluntarily or were forced to do so by company rules that made this mandatory. Some organizations have extended the maximum working age to 67, 68, or 70, and some have no such stipulation. Still, the term traditional retirement age refers to age 65, and we should interpret statistics that report on persons looking toward retirement or attaining it as being age 65.

The grand retirement parties that signified a bittersweet rite of passage from the labor force workaday world to one of leisure have changed as well. Often, the parties are less grand, may only include a few people, or may be a less formal affair – if they are held at all. It may be just lunch or drinks with a few friends or close associates.

Certainly, many of us are redefining our professional careers and what it means to be retired. Whereas retirement used to be a noun, a destination, or a goal, it now is just another milestone that we reach and keep moving past. Someday there may an actual cessation of work, but many people enjoy being active and creative. They enjoy serving others. Some redefine and reinvent themselves as they begin new ventures and businesses. Retire from one opportunity and begin another.

This means that our forever homes may have a need for more activity than previously. Sure, there may be more time spent at home, officing from there, but traditional office activities will need to be accommodated by our forever homes. We still have time for hobbies, family, friends, and entertainment, but a traditional retirement lifestyle – if there is such a thing – is not part of what many people are looking for in their seventies, eighties, and beyond who want to continue operating a business.