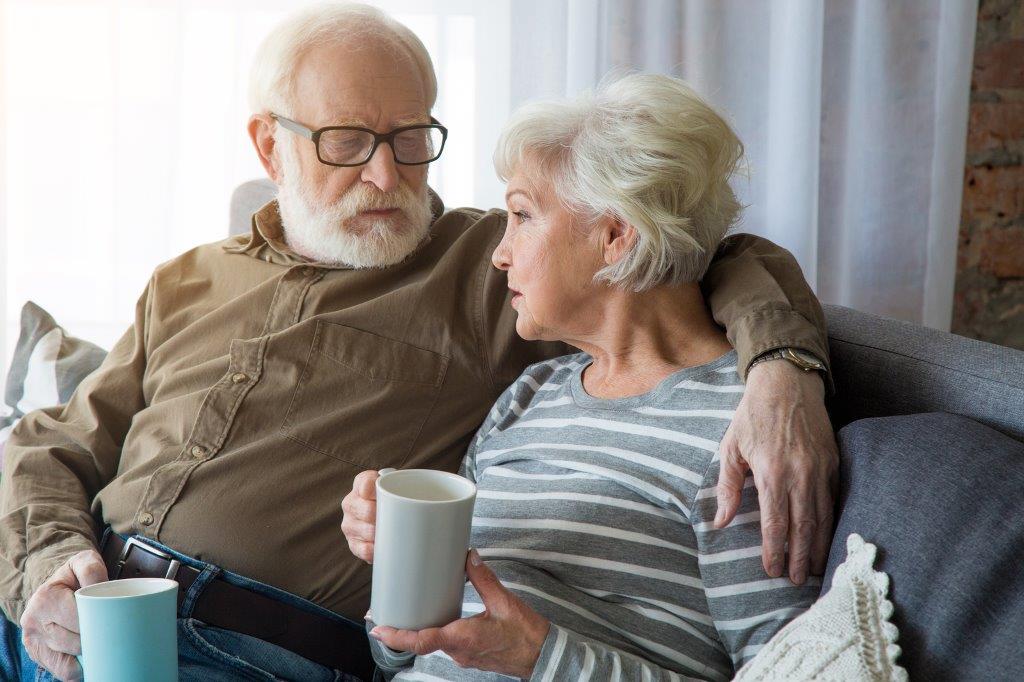 Aging in place in their long-term home of choice, this couple, like so many people today, are electing to stay put in the home they have been occupying and not entertain moving or finding other living options.

The way the system works

The way society has designed homeownership and occupancy is for people to move through various stages of their lives, typically beginning with a rental apartment or two, and then occupying homes consistent with those lifestyle phases. Then, they reach a time early in their post-retirement-age years when they determine that their last real estate move should be into an assisted living facility campus. That is how society has planned our lives for us, but it is changing.

People of all ages, but especially the Boomers wanting to remain at home. They may not know how this will unfold or what will be required, but they know that this is what they want. For various reasons, they have seen nursing homes and assisted living facilities and decided that they want the comfort of their current home rather than trying to adjust to a new environment in their later years.

People’s attitudes about aging and where they want to live in their senior years have been evolving, but in general, people see no reason to pick up everything where they have been living and transport that in a greatly reduced number of possessions and memories to a new managed care facility.

Some people elect to move into an independent living center or congregate care, but overwhelmingly, they are desiring to remain in place. AARP and other resources place this number as high as nine people out of ten or more.

Factoring in several factors, remaining in the current home is the odds-on favorite for where to continue living. There is no immediacy to going through all of the lifetime of clothing, furniture, mementos, keepsakes, and souvenirs that have been collected over the years. There is no deadline for completing this process, and many people will never accomplish it. Therefore, they retain whatever comfort those items give them.

For anyone who has ever moved, and this is likely to be all of us, we know the drill. Box up everything we own, trying our best to pack breakables so that they will survive the trip across town or to a distant city. We also know that as careful as we are that a few items won’t make it intact.

Then there is the separation anxiety or emotional trauma of walking out on our long-term home and closing that large segment of our lives. We will go on, but in a different way.

As long as there is a place to live

There have been recent articles about assisted living facilities not being able to attract enough new residents – presumably from the aging in place focus. There also is the financial aspects of moving into such a center.

Assisted living facilities or independent care complexes want people to forego aging in place and to choose them as their final stop on their housing odyssey. Many are reporting difficulties in securing new applicants and in retaining staff due to the changing nature of how people want to live out their lives at home.

Thus, Boomers have society’s finger pointed at them for interrupting a traditional rite of passage from homeownership and independency to the transition into a managed care environment. Those facilities have been built, and in many cases expanded, to accept the tremendous number of aging individuals. However, many Boomers are not on the same page as the facilities.

From another perspective, Boomers also are accused of interrupting the available housing supply that real estate agents typically have available. The traditional life cycle of homes is that after people have raised their families and remained in their large home or downsized to something a little more manageable for them that there will come a time when they will want to leave that setting and opt for a managed care facility or moving in with family where the day-to-day issues of homeownership are not their concern.

As aging in place professionals, our focus is helping people remain in their home of choice – their present home that presumably they have occupied for many years. They can elect to move into a facility or move in with family (or occupy an ADU with their family), but those possibilities are outside our immediate concern, and we should not be shouldering any of the criticism that comes from market forces to have our clients do anything but continue to live in their present homes – unless they willing elect to do otherwise.

It is their choice, but they should not feel pressured to vacate their long-term home for someone to come along and occupy it or to move into a managed care facility, essentially doing the same thing for the marketplace. As long as homes are occupied, does it really matter for how long or by whom? Now, if there is a general shortage of available homes, that’s a separate issue.