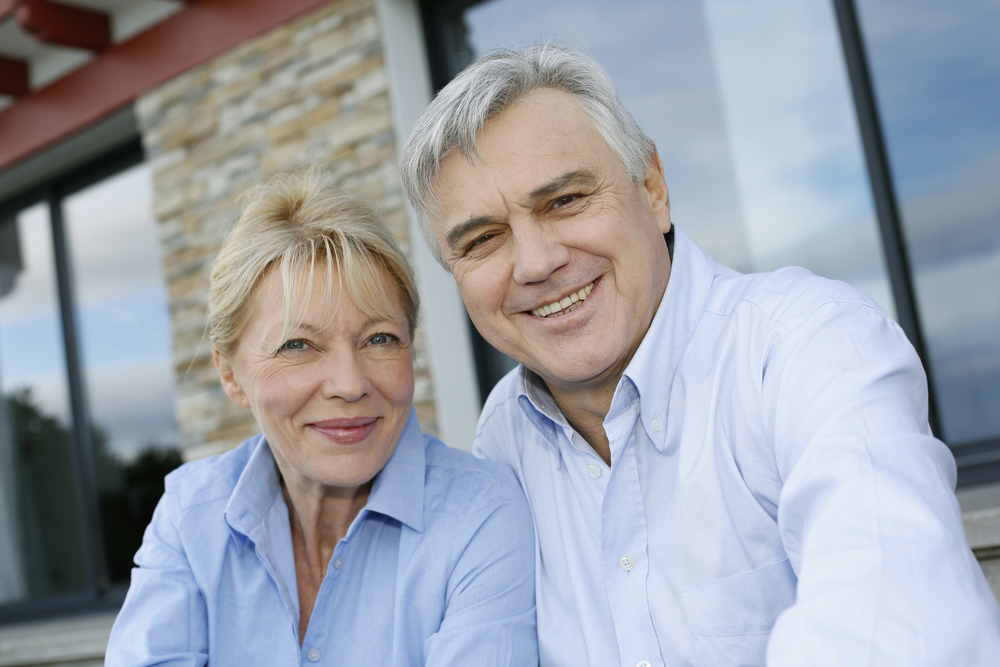 This couple is seated in front of their forever or permanent home as they enjoy each other’s company and their home of choice as they desire to continue living in it long-term to age in place.

Aging in place grows in prominence

It’s one thing to have heard of the phrase or term aging in place, and another to have a pretty good idea of what it means or represents and how to achieve it.

On the one hand, aging in place has been with us for a long time, and yet, it is just starting to be much more well-known. In company towns, family farms, and small towns, people have tended to find a home early in life and remain in it for the duration. This is true aging in place. It’s not that they had the foresight to choose the ideal home for themselves. The home came first, then what aging in place adaptations they chose to make for safety, comfort, convenience, or accessibility came from that. Some homes received many modifications while others saw none or just a few.

The larger trend now is for people to move less often. They are finding a home at some point that they want to remain in. Whether for financial, comfort, or convenience reasons, people are remaining in place much longer than at any point in the last seventy-five years. Less than one household in ten is moving annually whereas it used to be more than double that amount.

Boomers are responsible for the change

Baby Boomers seem to be blamed or credited with many things, depending on one’s perspective, but in this case, creating the emphasis on aging in place lifestyles lies squarely with the Boomers.

In their very young years of visiting their grandparents in nursing or retirement homes or making field trips with their elementary school classmates, Boomers came away with the distinct decision that this would never be something they wanted for themselves. Many have been quite vocal about this to friends and family.

Thus, Boomers, the largest generation prior to the Millenials, have directed our attention away from senior living facilities and toward remaining in place. AARP reports, depending on the particular survey, upwards of nine in ten people over 65 wanting to live out their days in their current home.

Since we are becoming a nation (and this is true for many other countries as well) of people wanting to age in place in their current home, or in some cases move in with their adult children, aging in place is now mainstream. Whether its concept is fully understood by the general population or not, the concept is firmly planted in society.

A few years back, mentioning the term aging in place (as in aging in place specialist) to someone in explaining what we did for a living required an explanation. Now, at least people seem to be familiar with the term even if they may not be able to provide a ready definition of it.

A major opportunity for us

As aging in place professionals, we have a very prominent opportunity to help people match their needs to their budgetary desires and come up with helpful treatments for them to navigate and reside in their homes more easily and safely. Some people are only going to want minimal involvement from us while others are going to embrace our services.

As the population continues to age, and along with that many aging issues begin to affect people (such as vision, hearing, reach, balance, coordination, and strength), we should as much work as we want. We just need to decide who we want to serve in terms of general needs, style or age or home, and price point. There is plenty of work to be had – so much that we couldn’t possibly do all of it (or even a large fraction of it) even if we wanted to or were capable of doing so.

Now that nearly all Boomers are age 65 or older (this will be a fact at the end of this decade), the need for creating a safe living environment for people has never been greater. Adding to that is the understanding that Boomers do not want to leave their homes.

Aging in place is a concept that is becoming increasingly understood and practiced – good news for all of us who are committed to helping people do just that in their current home.