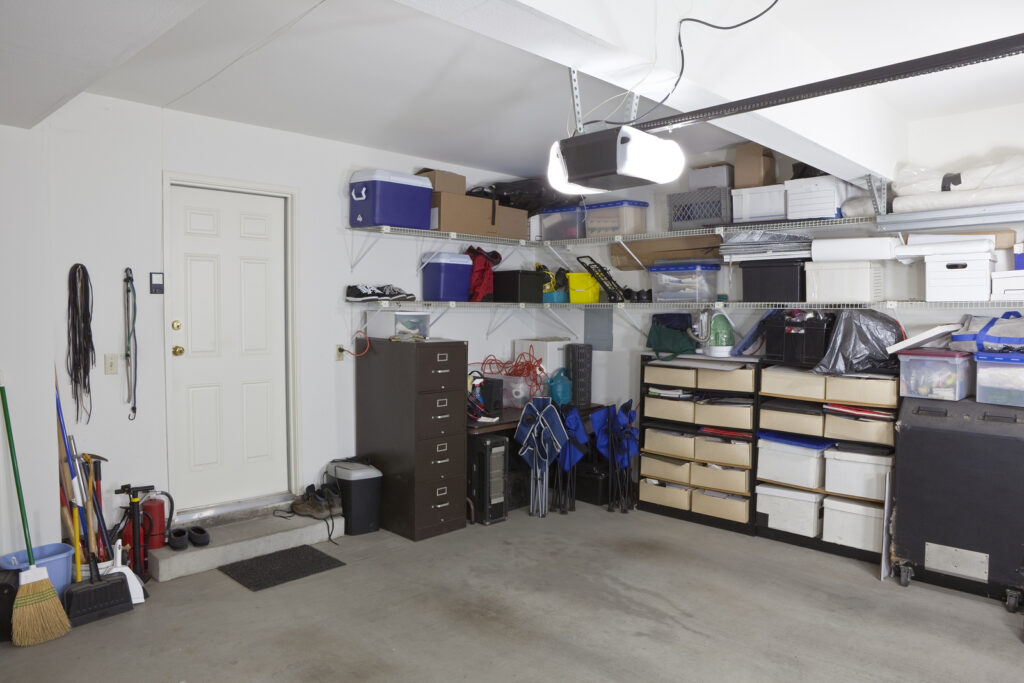 While this garage is reasonably well-maintained with nothing scattered about on the floor, there are so many items in boxes and cartons that are not easily retrievable and suggest that maybe there is too much.

It’s not just the size of the home

Homes come in so many different sizes and configurations – one-story ranch or rambler model, two-story plans with and without basements, and multiple-story homes. Some of the newer homes have open concept floor plans while many of the older homes have many small interior spaces in them.

Rather than the physical size of the home, typically referenced or compared to other living spaces by using the square footage represented by the space or the number of bedrooms, it’s a matter of how that space is configured and utilized rather than the physical parameters of it. As a result, some rather small homes live much larger than their outside appearance or square footage number would indicate. Conversely, some very large homes seem to be crowded with furniture, small rooms, and other conditions that make them seem less usable than smaller homes.

Regardless, as we age in place, the physical size or age of the home is not the defining aspect of how well someone may be able to remain in that home. There are many other factors to be considered.

A place for everything

How many times have we heard the edge of a place for everything and everything in its place? If that were true as we age in place, our job would be so much easier. At least we would know that everything can be put away.

This is one of the chief issues to deal with as we age in place and as we help others to do so as well. We hang onto memories and keepsakes, extra parts from repairs we have made, instructions and warranties from appliances and tools we no longer have, obsolete computer and gaming equipment, board games and jigsaw puzzles with missing pieces, clothing that we would never wear again even if it does still fit, and so many other items that we likely would never use again – or at the most quite rarely. It may give us peace of mind to know that we still have them, but locating them when we need them without spending hours looking for them is the challenge.

Some of us have so much stuff that we have deemed too important to discard that after filling every drawer, shelf, closet, cabinet, and the attic, garage, and basement, and possibly a shed, we have exhausted our storage space. That leaves the offsite storage facility where we rent space for our items.

Some people tend to hang onto most everything – at least temporarily. They know they likely won’t want or need all of it, but it’s easier to hang onto it in the short-term than to make the decision to get rid of it. Sometimes that temporary status gets erased and those items become long-term members of the family. Meanwhile, even if many of those items eventually are discarded, they add to the amount of accumulating clutter in the home while they are present.

Then, there are people who seem to hang onto everything – just in case.

Regardless of how much or how little a person hangs onto, the fact is that our stuff is competing with us for our available living space. The more room our stuff occupies, the less there is for us, and the more crowded and potentially unsafe it is to use the space.